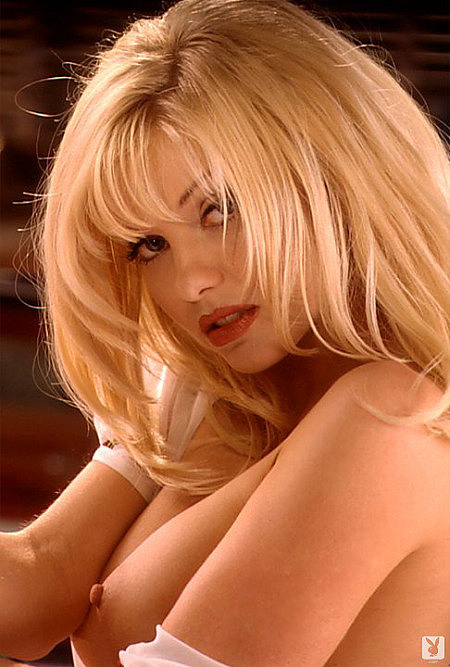 This page serves to provide information for fans of Angela Little with both biographical and statistical data as well as where to find more of her work online. This page is updated as new information is discovered or sent to us.

Angela Little is both a model and an actress who was born on July 22, 1972 in Albertville, Alabama. She has achieved success in her both of primary professions. She has also been credited as Katie James.

Angela Little is petite, standing 5ft 2in tall and weighing 95lbs. Angela has measurements of 34C-23-34 and her breasts are enhanced. She has blue eyes and blonde hair. To our knowledge, Angela has no visible tattoos.

As a model, Angela was named as Playboy’s Miss August 1998 Playmate of the Month. Hugh Hefner is said to have referred to Angela as Little Marilyn, an apparent reference to Playboy’s very first cover model, Marilyn Monroe.

In her acting career, Angela has had a series of roles in mainstream films, including the pop culture classic American Pie: Band Camp, Rush Hour 2 and Walk Hard: The Dewey Cox Story. In addition to film, Angela has appeared in several TV shows, among them Nip/Tuck, Reno 911! and the popular soap opera, The Bold and the Beautiful. A full list of Angela’s acting credits, along with promotional media, can be viewed on her IMDB profile.

To our knowledge, Angela is still active within the entertainment industry.

At present time, we are only aware of two premium quality websites that feature pictures, galleries, and/or videos of Angela Little. They are Playboy and Foxes.com, both of which feature exclusive content of Angela.